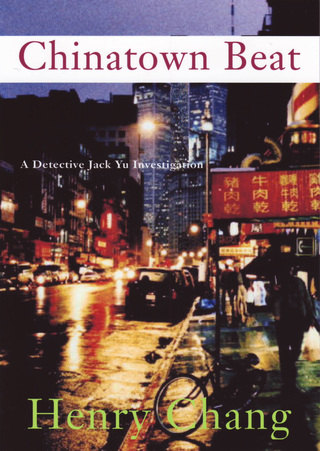 Chinese-American NYPD Detective Jack Yu has transferred back to his old neighborhood, Chinatown, to be closer to his ailing Pa. He encounters boyhood friends who have become hardened gangsters, and is haunted by the murder of a former teenage blood brother. After his father’s untimely death, Jack investigates the murder of Chinatown tong boss Uncle Four, an investigation that drives Jack into the depths of the Chinatown underbelly.

The rain came down in thick sheets, rattled the stairwell windows as Jack climbed with leaden legs the five flights of tenement squalor.

Time and again Jack had asked Pa to move. Uptown. Cross-town. Queens maybe. A decent apartment they could rent somewhere, where the winter freeze didn’t sneak in through the windows, where the wet dank misery of changing seasons didn’t settle on the bedcovers. Where vermin didn’t feast on the kitchen table, in the toilet, under the pillow.

Pa wouldn’t hear of it, angry each time Jack brought it up. Where would he get his Chinese vegetables? His Chinese newspapers? Where would he find his cronies to gossip with, to keep track of who died, who lost at the track? All the important things. Didn’t matter, Jack would say. There were three Chinatowns now. Sunset Park. Or Flushing.

Flushing, too far, would be Pa’s answer. And Brooklyn, too many hak yun ...